When I started following and collecting analog cameras, one thing quickly became apparent: rangefinders were held in very high regard. Almost everywhere I looked, I kept reading about rangefinders (especially the Leica Ms) and all the benefits they had. I read about how you could precisely focus with them, I read about how most had leaf shutters that were silent and I always read about how awesome they were for discreet photography. That said, not everything I read was positive. Especially, in forums where people came mostly for help, I read a lot about how rangefinders got mis-aligned and needed calibration, and almost everywhere I kept reading posts from people complaining about stuck shutters. An early impression I formed was that, rangefinders were expensive, impressive and sometimes troublesome. I still wanted to, at least, own or shoot one just for the experience. As it always seems to turn out, my prayers were answered and a Yashica MG-1 appeared at a local thrift store.

I was quite excited when I saw this on the camera shelf at the thrift store. Although it was very dusty, it looked special and felt quite different from anything I had ever held in my hands. It was heavy; it was all metal. I pulled out my smartphone, quickly googled it, and was very excited to find out it was a rangefinder. A rangefinder! I thought those were rare. My eyes lit up and I quickly looked into the viewfinder, saccading and searching for the famed rangefinder patch. To my disappointment, all I could see was a blue haze overlayed on my view of the dusty thrift store shelves. The viewfinder itself was very dull. Still, I was excited knowing the shutter worked, and the advance lever moved. At least with those in order, I figured, I could still pass a roll through to get a feel of this camera. Interestingly, after taking the camera outside the store, I looked into the viewfinder again, and this time a diamond viewfinder patch was quite visible. I was excited.

The Yashica MG-1 was made somewhere in late 1970's. This was a period in which rangefinders were being phased out by manufacturers for SLRs. I had always read about Yashica rangefinders online, and although I thought this was the particular one everyone spoke about, I was wrong. Obviously, the camera I had in mind — if you are quite new to this and actively reading around like me, you'll know — was the Electro 35. It however shouldn't surprising that I confused one for the other; both cameras are quite identical, and what sets them apart is that, the MG-1 was apparently manufactured as a cheaper alternative to the Electro 35. Still, this doesn't make the MG-1 an inferior camera. It really holds its own in its class. Feature-wise, it's sports a fixed 45mm lens with a maximum aperture of f2.8, and it has a leaf shutter that runs up to 1/500s. For exposures, it shoots in aperture priority mode (which means you select the aperture and the camera figures out the shutter speed) and, in my novice's opinion, this camera has really good metering.

Before taking this one out for a shoot, I had to thoroughly clean it as best as I could. It was interesting to find out the battery originally required by this camera was no longer being manufactured because it contained mercury. Luckily, a rather obscure alkaline form of the battery can be obtained from the internet. Without the battery, the camera's shutter fires at its maximum speed of 1/500s, leaving you with only the aperture as a control over exposures. While patiently waiting for my battery, I read only so much, and I started dreading the possibility of the meter on my unit being damaged. Everything, as it turned out, worked like a charm when the battery finally arrived. After heaving the greatest sigh of relief, I took the camera out for some shots, and pictures out of this camera were really beautiful. My first roll had a lot of streaks due to light leaks, and after purchasing a cheap kit online, I performed my first ever camera repair to seal up the camera properly. Although the fix guaranteed better shots, I had a little regret after doing it. Some of the light leaks appeared as a red tint that I found really cool and would not be able to reproduce again.

While shooting with this camera, I found the viewfinder in my unit to be a little dull. It looked great when used in daylight, but you had to squint to find a slight hint of the rangefinder patch indoors. The viewfinder however provides some useful information while shooting. Visible in the rangefinder, are two indicators which are also available on top of the camera. One of these indicators is marked as slow and it lights up to tell you when the aperture you have selected will result in a slow shutter speed that might cause camera shakes. The other one indicator shows up when the image is likely to be over-exposed with blown-out highlights. In either case, the only step you can take will be to adjust the aperture: opening wider when the slow is active will increase the amount of light and, closing when over is active will conversely reduce the light.

As far as handling goes, the lack of grips makes this camera uncomfortable to hold for extended periods. When hung around the neck, the narrow strap that came with mine camera feels as though it its cutting through my neck. I also had issues with the location of the film speed selector, and how easy it was to push. It may be that this flaw is peculiar to my unit, but with such an easy to push film speed selector at the base lens barrel, I kept adjusting the film speed accidentally while trying to focus or change the aperture.

With all these quirks however, my experience with this camera was definitely great. I learnt a few new things and also formed my own opinions about rangefinders. At least, as far as all I read on the Internet went, this one was truly fun to shoot with, the leaf shutter was relatively silent, and it was a lot less intimidating than I thought it would be. My experience with this was beautiful, and I've been keeping my eyes out for affordable rangefinders ever since. I've come to own a few more rangefinders, and I'll be writing about them soon. My big takeaway from this camera: rangefinders are really not that troublesome, and you can always squeeze some fun out of them if the shutter works. 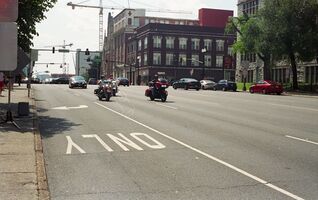 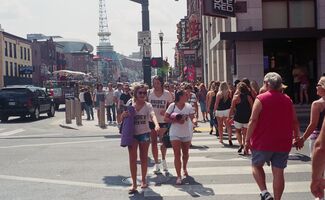 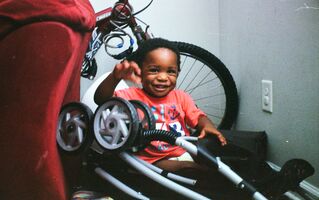 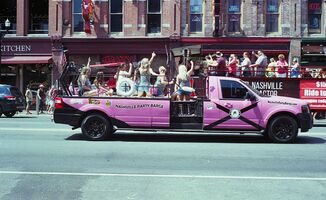 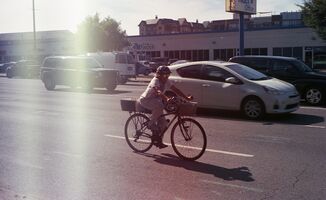 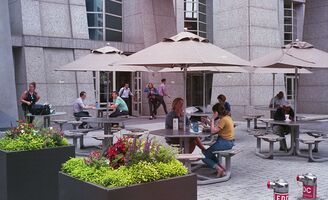 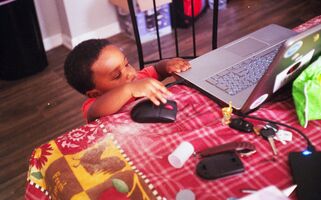 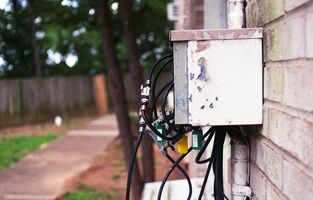 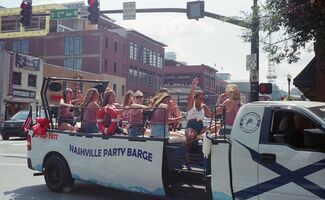 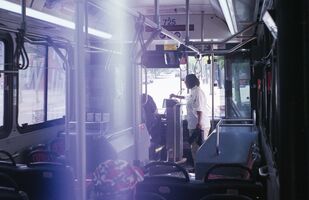 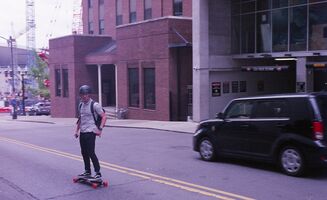 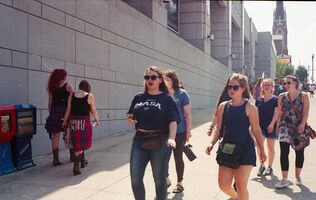 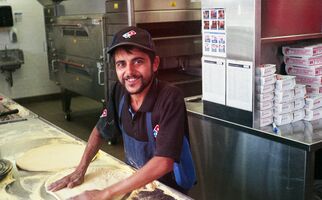 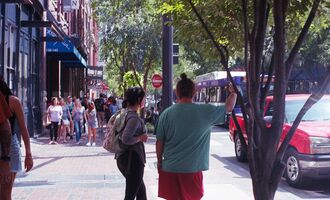 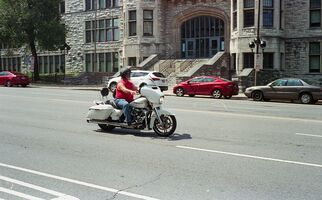 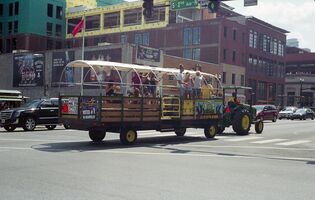 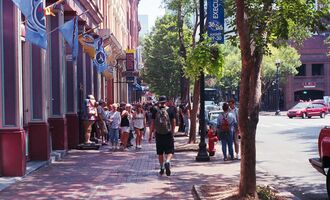 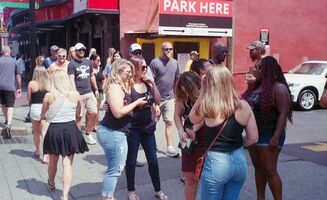 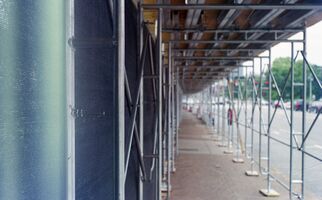 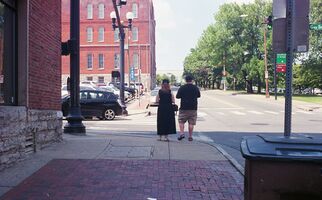 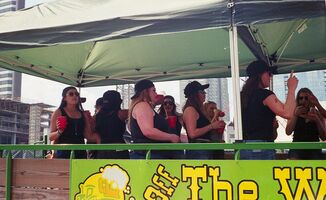 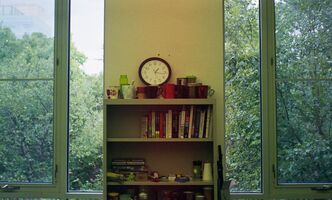 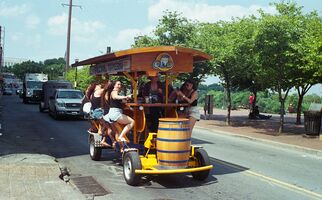 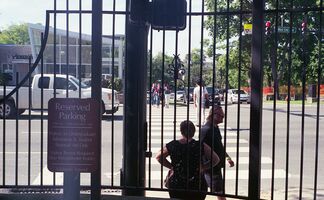 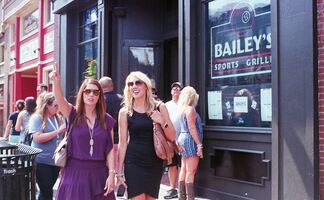 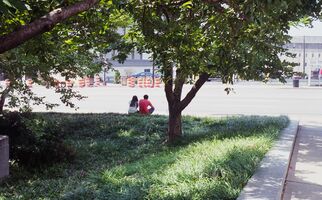